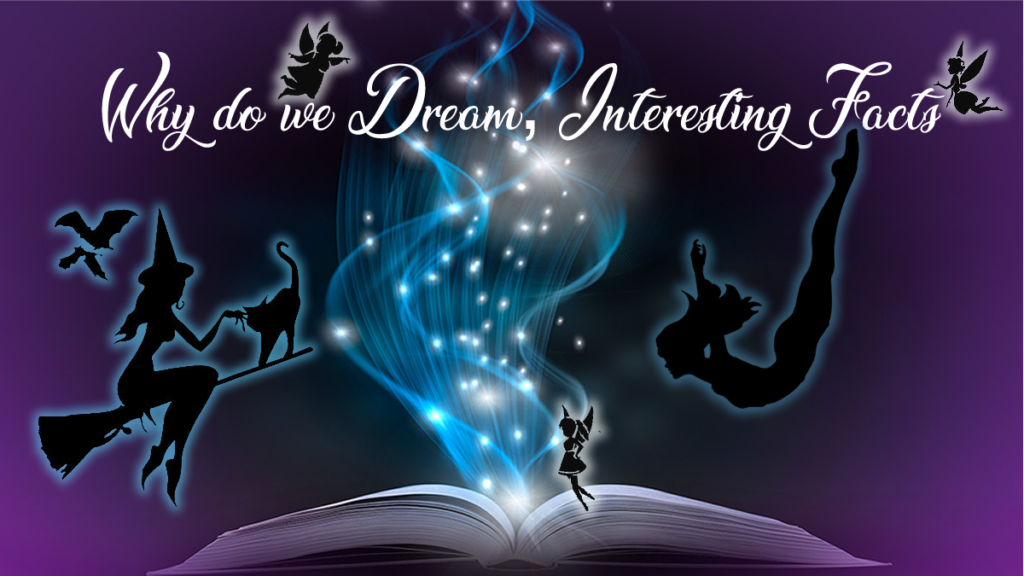 We are all dreamers, whether it’s daydreaming while at work or having unique and interesting dreams when we sleep. Dreaming is still one of the great ‘unsolved’ mysteries of science, however. There is still a lot of research being conducted around dreaming, and the biggest question of all – ‘Why Do We Dream’ remains unanswered. The only way to study dreams, even now, is to ask the dreamer themselves. However, we know for sure that the vast majority of humans dream every night of their lives.

Some scientists and researchers believe that dreaming may have evolved for physiological reasons and is linked to neuronal activity in the brain that occurs when we sleep. Many believe the key lies in a further study into REM sleep, while others suggest that dreams are simply a meaningless by-product of this complex biological process.

When studying men’s dreams, scientists found that 70% of the characters that appeared in their dreams were other men. Women’s dreams, meanwhile, contain an equal number of men and women. As you would imagine, men generally had more aggressive feelings and themes in their dreams than women. On the other hand, children started with fairly non-aggressive dreams in general but saw an increase when they hit their teens.

Sociologists have found parallels with sleep/dream research and current theories on gender and gender role comparisons in aggressive behaviour. The latest dream thinking suggests continuity between our conscious, waking personalities and our dreams’ unconscious traits and features.

The most common themes in dreams, according to the latest studies, include:

A high percentage of dreams are also set at school or work, whilst around twelve percent dream only in black and white. Despite what the media and other sources may tell you, dreams of a sexual nature are not as prevalent as you would expect. In fact, there is little difference between the sexual content of men and women’s dreams. Young to mid-teens are the most likely to have dreams containing sexual imagery or suggestion, but even then, they often only occur less than 10% of the time.

Lucid dreaming is simply being aware that you are dreaming whilst dreaming. There are different degrees of lucidity, from just thinking to yourself, this is a dream to control the dream world fully. You can learn to have lucid dreams and, with practice, gain control over them, and we’ve got a few suggestions on how to do it.

A lucid dream can be fascinating. You can try things that you could never do normally, like flying, conjuring up the people you want to see and thinking through problems occurring in real life. It is also a great technique for regular sufferers of nightmares since once you are in control, you can stop things happening, control your fear and alter the situation to make it better.

Before you try lucid dreaming, it’s important to work on remembering your dreams. Try to write them down as soon as you wake up so gradually you will remember some dreams most nights. Lucid dreaming mostly occurs when the deepest dreaming occurs during REM sleep which is just before waking, so don’t jump straight out of bed but try to stay still and remember what just happened!

The most common technique to achieve lucid dreaming is by performing reality checks regularly, which establish whether you are dreaming or not. In dreams, strange things happen but don’t seem unusual, and you accept such as breathing underwater, the grass is bright red or all your teeth falling out.

If you get into the habit of reality checks during your waking time, you will start doing them in dreams, triggering awareness of the dream. Simple reality checks look at a clock or piece of text to see if it stays constant or pinching yourself to see if it hurts. The more often you can train yourself to do these, the more likely you’ll spot a dream sign.

Once you have established, you’re dreaming. It just takes practice (and a bit of creativity) to learn to control what happens. It’s easy to get distracted and lose your lucidity or become excited and wake up, but dream spinning can help keep you there. This involves spinning in circles in your dream, as children do, and when you stop, your dream will likely have regained clarity.