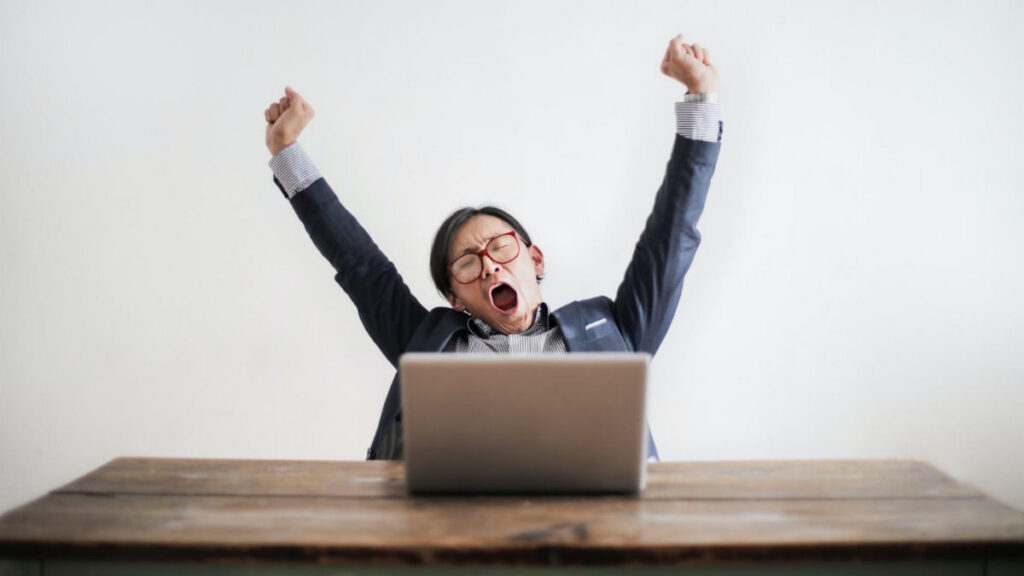 Yawning is known in medical circles as ‘oscitation’ and is a single, deep and involuntary inhalation that stretches the jaw’s muscles and the trunk. It’s one of the least understood of all our functions, although scientists have had a good crack at it. Hippocrates, the father of medicine, believed people yawned to expel poisonous air from their bodies.

The widespread belief has been that yawning occurs due to a lack of oxygen, but scientists are still looking into the question of why we yawn. There are two main camps: one camp believes yawning is a physiological function, the other that it performs a social one. Here are some theories they’ve formed and some ways you can stop yawning if the urge comes over you.

Some scientists have theorised that yawning is a way to help our brain cool down. The jaw movements shift the flow of blood around the skull, carrying away excess heat. While they do that, the inhalation draws cool air into our sinus cavities and into the carotid artery that leads back to the brain. These powerful movements flex the sinus membranes, which fan a gentle breeze through the cavities and may cause mucus to evaporate. What do you make of that!

The brain-cooling theory isn’t the only physiological theory around yawning, however. Yawning may be a way to reboot the brain. The jaw’s strenuous movement may be the body’s way to snap us back to attention when we’re feeling sleepy or to make us focus again if we’re feeling distracted. By the same token, contagious yawning in a group could be a way to bring everyone to the same level of attention and make them alert to any form of danger.

Yawning is a form of communication

Some believe yawning carries a more social function. As many of us know, we yawn not just when we’re tired but also when we’re bored. We’re indicating what we’re feeling. We’re informing others we’re enduring an unpleasant experience but not one that places us in danger (other than being bored to death, maybe!).

Scientists, and humans in general, have noted the contagious nature of yawning. One person yawns, and then the rest follow. Some scientists believe that because, often, we’re tired when we yawn, we’re trying to synchronize the biological clocks of the people around us so that people go to sleep at more or less the same time.

Excessive yawning can sometimes be embarrassing, but the person doing it likely isn’t trying to be rude. They could be yawning for one or more of these reasons:

There may even be more serious health problems underlying the yawning, although these are less common causes:

If you suddenly find yourself yawning a lot regularly, it could be worth speaking to your GP.

How to stop yawning

Have you ever been the focus of someone’s attention but can’t stop yawning? No matter how you try, you can’t stifle those yawns! Here are some suggestions to bring that unruly jaw under control next time:

Breathe through your nose

Breathing through your nose can cool your brain. It’s discreet and spares you the need to raise your hand to your mouth, saving you an awkward moment if you’re trapped in a tedious conversation or situation.

Since yawning is a sign of tiredness or boredom, it’s good to get active and exercise if the circumstances allow it. Exercising boosts your mood and, as contradictory as it sounds, also energises you. Even if you’re just in the office and get up to walk around a few minutes, it will raise your energy levels. Incidentally, if you’re feeling tired, you should think about getting a more suitable amount of sleep.

Lower the room temperature by turning off the radiator (if it’s on) and opening the window. Go outside and get some fresh air. You’ll less likely want to breathe in cool air when you re-enter the room. If you have the option, place a cooling pack on your neck to lower your body temperature.

If you’re not hydrated, you may be suffering from fatigue, so drink a nice cold glass of water. Bring some water into any meetings if you’ve not slept well the night before. Note that if you’ve been drinking coffee, which can cause energy levels to slump, you should replace it with water.

It’s not just about the drinks, though. Eating cold foods can also have a cooling effect that combats yawns. Foods such as cucumber and melon are just the ticket.

So, the reason why we yawn is still in dispute, but at least there are ways to keep this perfectly natural function in check. Tricks as simple as breathing through your nose or consuming cold foods and drinks could be enough to spare your blushes. Keep them in mind for that next meeting or time when you’re having a hard day.